Controversial pastor Terry Jones will not go to jail in Polk County for hauling nearly 3,000 copies of the Quran to a park in Mulberry on Sept. 11, 2013 to set them on fire.

Controversial pastor Terry Jones will not go to jail in Polk County for hauling nearly 3,000 copies of the Quran to a park in Mulberry on Sept. 11, 2013 to set them on fire. 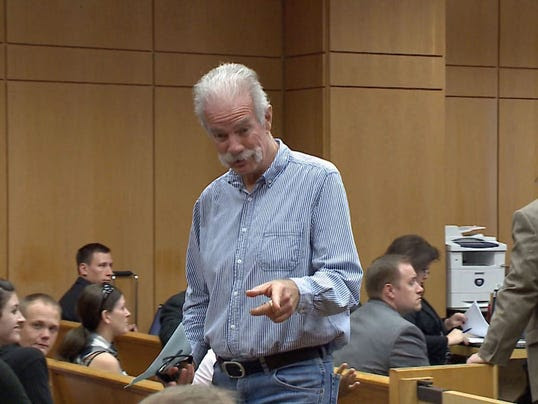 Jones was arrested this past Sept. 11 on a felony charge after hauling nearly 3,000 copies of the Quran to a park in Mulberry. He planned to set them on fire.

But his lawyer announced in court Tuesday that Jones is taking a plea deal that will drop that felony charge. Jones says he will plead guilty to a misdemeanor gun charge in two weeks. His goal is to be able to continue to carry a gun legally. Jones says he receives so many death threats, he must be able to continue to carry a weapon. If he were a convicted felon, he would lose that right.

So, to convince prosecutors to drop the felony charge he's facing, he has agreed to the plea deal.
The felony charge he faces is for illegally transporting flammable materials -- in the form of nearly 3,000 kerosene-soaked copies of the Quran, Islam's holy book.

Jones says that he wanted to avoid going to trial so he could stay away from the allies of the man he called "Shady Grady" -- Polk County Sheriff Grady Judd.

"We don't trust Polk County. We don't trust the Sheriff's department here, we don't trust the system here," Jones said after his Tuesday morning court hearing in Bartow. "The police officer told us, 'We are going to do whatever it takes to stop you and we'll let the courts decide whether or not we are right or wrong.' "

Jones will be on probation for six months. During that time, he will not be allowed in Polk County. That means he will not be able to carry out his plan to burn Qurans in the county on Sept. 11, 2014.
However, he promises to be back in 2015 to carry out that demonstration.

And he has not changed his ways. In the hallway of the courthouse, just after the hearing, he ripped a copy of the Quran in half, right in front of reporters.
Posted by Kizitomg at 08:39