Credibility Exit: Reinhard Bonnke Pals Around with False Prophet Benny Hinn Abandoning Any Ounce of Credibility He Had Left

Evangelist Reinhard Bonnke has decided to abandon any remaining credibility he had left. He posted a picture on Facebook of him palling around with false prophet and prosperity pimp Benny Hinn.

He so proud of the association he even made it his cover photo.

Yes I can substantiate my claim that Benny Hinn is a false prophet and prosperity pimp.
Why should someone’s ministry be followed who goes out of his way to clearly support someone like Hinn? It shows a lot about where Bonnke stands on doctrine and issues. He’s part of the same toxic swamp as the likes of Benny Hinn.
Please find a better person to get instruction and edification if you’re a follower of Bonnke. He’s going to lead your soul to hell’s toxic cesspool. Come to truly clear waters and find true rest for your weary soul. 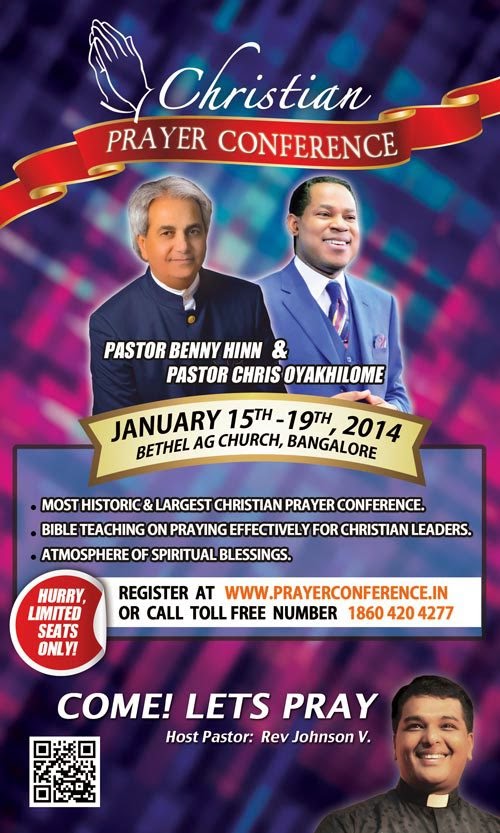 by Jesse Johnson
Last week I ran a four-part series arguing that the Bible condemns slavery as it was practiced in the Americas, and several people emailed asking me why I did not interact with Genesis 9:20-27

. After all, through the last 200 years, this has been the single most widely employed passage to defend the American institution of slavery (that designation comes from Albert Barnes: “This passage, by a singular perverseness of interpretation, and a singular perseverance in that perverseness, notwithstanding the plainest rules of exegesis, is often employed to justify the reduction of the African to slavery”). So today let’s look at that passage:


Noah began to be a man of the soil, and he planted a vineyard. He drank of the wine and became drunk and lay uncovered in his tent. And Ham, the father of Canaan, saw the nakedness of his father and told his two brothers outside. Then Shem and Japheth took a garment, laid it on both their shoulders, and walked backward and covered the nakedness of their father. Their faces were turned backward, and they did not see their father’s nakedness. When Noah awoke from his wine and knew what his youngest son had done to him, he said, “Cursed by Canaan; a servant of servants shall he be to his brothers.” He also said, “Blessed be Yahweh, the God of Shem; and let Canaan be his servant. May God enlarge Japheth, and let him dwell in the tents of Shem, and let Canaan be his servant.

At first glance, this has nothing to do with American slavery.  But it is ambiguous in two critical places, and this ambiguity has led to its use to defend the forced subjugation of those with dark skin. The two unanswered questions:  Why did Ham’s action anger Noah to the extent that it did, and why did Noah curse Canaan for Ham’s actions?
There doesn’t seem to be a clear answer to the first question. Was Ham’s sin something sexual, something meant to disparage his father (a violation of the fifth commandment, so to speak), or partnering in the drunkenness? Maybe it was even a failure to stop the drunkenness, or even a delight in his father’s debauchery. Regardless, the nature of the sin committed does not seem necessarily connected to the debate about slavery. In fact most commentators refrain from naming the sin, although a few commentators do call it “a sin worse than Adam’s” (catalogued by Benjamin Braude in, “Ham and Noah: Race, Slavery and Exegesis in Islam, Judaism, and Christianity).
As for why Canaan was cursed instead of Ham, commentators have proposed several solutions. Some have suggested that there is a problem with the text, and that it was in fact Ham that Noah cursed (this is what survives in the Arabic texts). However it is better to follow the text as it stands, because Moses himself even foreshadows that the curse will not fall on Ham by including this phrase, “Ham, the father of Canaan” in the introduction of the narrative (vv. 18, 22).
My best guess is that Canaan was cursed instead of Ham because Noah remembered the blessing that was given to Ham by Yahweh (9:1). Noah, a righteous man, would not curse a person whom God had blessed, and so cursed his youngest son instead (cf. Balaam in Num 22-24). Apparently Noah saw in the youngest son of Ham the same tendencies and perversions that had been evidenced in Ham, and thus cursed the son rather than contradict the blessing God had given Ham (this is what Walt Kaiser argues in Hard Sayings of the Bible, p. 117).
The Ham vs. Canaan distinction is important to the slavery discussion, because Canaan did not go on to populate Africa. Instead, he populated Canaan, or modern day Palestine. In fact, Genesis 10:6

lists the sons of Ham and where they went on to populate (presumably after the Tower of Babel). Cush went on to populate Ethiopia, Mizraim to Egypt, Put to North Africa, while the Canaanites stayed in Palestine. Canaan was the only one cursed, and he was not the one who populated Africa.
Most of today’s readers probably have no idea how/why these questions connect to the African slave trade. John Murray, in Principles of Conduct, explains the logic. If one can show that Canaan’s sin was serious—more serious than Adam’s even—and then can show that the punishment for it was a form of servitude meant to exist as long as the affects of Adam’s sin, then the enslavement of those with dark skin becomes a necessary restraint on evil in our fallen world. Murray points out that those who argue this way don’t try and show that slavery is God’s design for a perfect world, but rather is something that exists because of sin in the world. He compares it to capital punishment: God does not necessarily will that people should be killed, but because of sin in the world capital punishment is a necessary evil instated by God earlier in this same chapter (Gen 9). He writes:


It could be contended, therefore, that slavery is an evil consequent upon sin and not compatible with ideal conditions. But this obvious fact does not make the practice intrinsically wrong.

This is then used to concede that slavery is not pretty, but at the same time is an institution that Christians can participate in because it is God’s restraint on the fallen nature of those with dark skin.
However, even a casual reading of the text shows some problems in attempting to jump from the age of Noah to modern times. The major problems in using this text to defend American slavery are as follows: Noah gave the curse, not God. There is no evidence that either Yahweh or Moses approved of the curse. There is no evidence that the punishment of Canaan was intended to apply indefinitely. To be precise, Canaan was to be a servant to his own brothers (Cush, Egypt, and Put) as well as to Shem and Japheth. To even assume that this curse was to be perpetual is uncalled for. Further, this curse was given before the tower of Babel, and thus it seems quite a weak passage to use to say that those who reside in the United Sates are allowed to kidnap, sell and own people from Africa.
It is also insightful to see how the Israelites used Canaan’s curse. It is not referenced again in the rest of scripture. The Hebrews never used this curse to justify man-stealing of the Canaanites. Barnes again:


No arrangements were made to kidnap them; no permission was given by Moses or Joshua to the victors to hold those taken in arms as slaves; nor was a slave-mart opened in which the captives were exposed to sale. There is not the slightest evidence that one of them was held as a slave, or was ever sold or offered for sale as a slave. They were not even attached as serfs to the soil, nor were they exported to be sold in a foreign market.

In fact, when the Israelites were commanded to drive the Canaanites form the land, the Gibeonites deceived them, and procured an arrangement whereby they would be allowed to dwell in the land in exchange for doing menial tasks. Often people use them as examples of slavery based on the curse in Genesis 9. However, the main elements of slavery are missing from their history. They were not bought, nor were they owned by anyone. They were not kidnapped, their service was voluntary (there were no laws forbidding them from leaving the land), and they were never sold. They may have been treated as an inferior class of people, but this is because of their deception and the nature of their work- not because of some supposed form of slavery, and certainly not as a pattern to be followed thousands of years later in the Americas.
In light of what the passage actually says Kaiser was quite right when he wrote:


One of the saddest moments in the history of interpretation was when advocates of slavery decided to use this text as a justification for their inhuman treatment of dark-skinned people. The oppression of blacks by whites cannot be justified by this story.